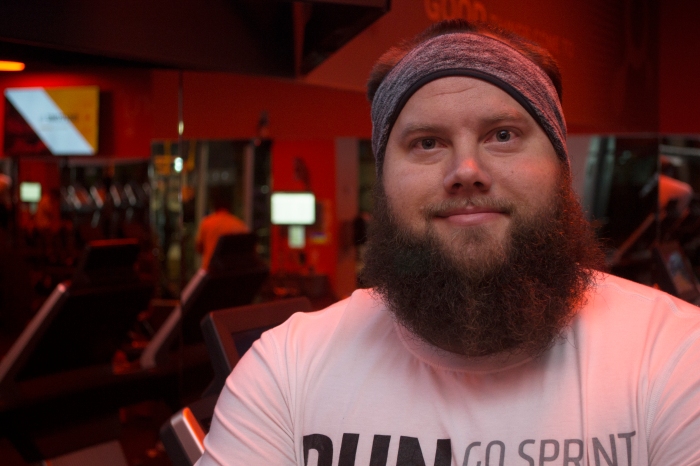 Change is never easy and sometimes a life-altering event forces one to start. Jesse has always had a large body his entire life and in 2012 he hit a critical mass. In a routine visit with his doctor, Jesse learned that he was two points away from having diabetes. The news scared him.

At that stage in his life, Jesse’s poor eating habits led him down a path of internal destruction with his health. He had 40 percent body fat and couldn’t bend down to tie his shoes – it was bad. He said, “I remember not being able to sit comfortably in a chair or wear clothing that fit. I was tired of being unhappy and unhealthy.”

Jesse decided to take a proactive stance in changing his health with his nutrition. He stopped eating dairy and gluten all together. Then he began to reshape his body composition in phases.

“I have changed the way I eat and now I am intentional about fueling my body for my workouts, my recovery and mind. I feel great about my food choices for the first time ever in my life.”

He started by losing 100 pounds, which took him three years to shed the weight. Although he lost the weight, he didn’t maintain the weight since he didn’t know how. He took two steps forward and one step back.

In 2015 he married his wife and became comfortable and complacent. Even though he stopped eating dairy and gluten, he would always find ways to eat food that wasn’t good for him. His poor eating habits slowly crept back into his life.

Fast-forward to this year, Jesse welcomed his son into the world igniting his third phase in his body composition change. “I have changed the way I eat and now I am intentional about fueling my body for my workouts, my recovery and mind. I feel great about my food choices for the first time ever in my life,” said Jesse. 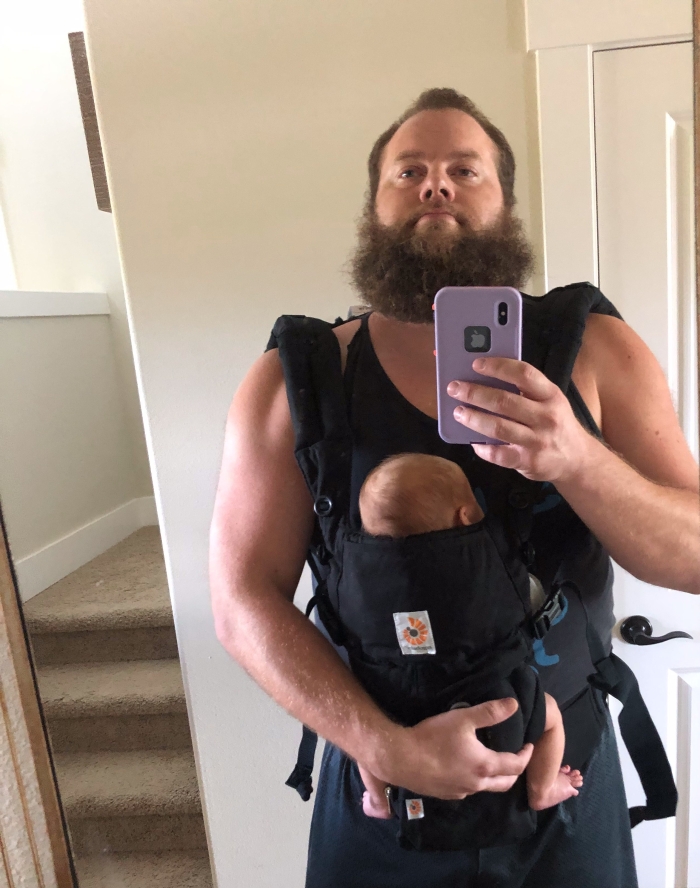 Jesse felt that dieting and all things related to food have consumed much of his life. He decided that he’s finished being a prisoner to his poor food choices. He wants his son to love life and to not have issues with food. As a result of Jesse’s change, he hopes to pass on his positive relationship with food to his son.

Nutrition plays a large role in changing one’s body internally. The other piece Jesse needed was the external component in the form of a workout. He took his first Orangetheory class at the Cedar Mill location at the beginning of the year. Five months later, he took another class at Orenco Station and signed up.

“I’m being intentional about my incline walking on the treadmill as well as lifting heavier on the floor. I’m putting on muscle rapidly and losing body fat monthly.”

Jesse said, “Both clubs were awesome and had a competitive atmosphere but Orenco felt alive, full of energy and enthusiasm. It was contagious…Shout-out to our coaches who bring the noise every day especially at 5 a.m. OTF provides the workouts so I don’t have to. I just show up and ball out.” He works out six days a week at the studio and has Coach Chris as his mentor. Coach Chris has helped Jesse individualize his workouts within the classes he takes. “I’m being intentional about my incline walking on the treadmill as well as lifting heavier on the floor. I’m putting on muscle rapidly and losing body fat monthly,” said Jesse. Coach Persia once told him to try Orangetheory for 90 days. He’s happy to report that he has completed 88 workouts in his first three months.

Jesse enjoys the variety of classes because each class is something new. He especially enjoys strength and power classes. But, his favorite class to take is when it’s a tornado workout. He said, “I love all the splat points I get going back and forth from treads to rowers and the movement in between rows. The quick transitions only add to the competitiveness that already exists.” In addition, he loves how each coach brings their unique way of coaching and the music they play.

He also loves how the staff at the front always makes him feel welcomed because of their friendliness and kindness. Jesse has committed himself to the process and he thinks it’s safe to say that he’ll stick around to see all the continued benefits of  the Orangetheory life at Orenco Station. He iterates that he has long-term fitness goals and is happy that he gets to put in the work along with all the other members at the studio.

View all posts by orangetheoryfitnessorencostation